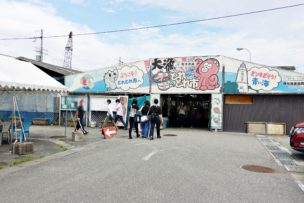 only on Saturday and Sunday

Seafood rice bowl and Barbecue are the best

The store that offer assorted seafood rice bowl is just one.  I decided to go without any hesitation.

Here is the menu

I got the assorted seafood rice bowl(¥700) and miso soup with fish.

Seafood rice Bol is quite good.

Seafood are pickled in soy sauce and a little bit sweet.

I love to put soy sauce on rice so added it more.

Tore Tore ichi is famous for Barbecue, it is called “Shichi rain Yaki”. It is Japanese style barbecue.

It’s a small grill for a few people and it has been used for along time.

Next to the store of seafood rice bowl, there was the crowd to borrow the Shichi rin Yaki

After borrowed, get the seafood at other shop.

There was the shop which is very popular and they sell the seafood for barbecue.

Other than fish, they have scallops too.

I strongly recommend to go around 10:00.

I arrived just at 10:00, cars and people were coming one after another.

Especially, around 12:00, it must be very crowded.

Around 10:00, not so many people and you can spend to time to eat without any worry.

I haven’t seen the people who are from other countries. Local people prefer this place.

If you have time in Osaka, why don’t you come to “Tore Tore Ichi”? 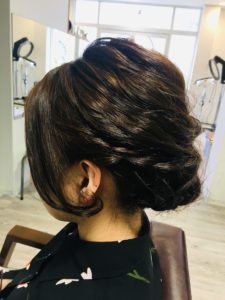